Rage 2 graduates from teaser trailer to gameplay and screenshots

Before we start, let’s pretend that Bethesda never used the word “shooterverse” in their press release for Rage 2. Now, after a leak and a teaser, the dystopian cat is blown properly out of the bag in all its pink glory with the love child of Avalanche’s previous Mad Max game and the very first Rage game. There is so much stuff going on in the trailer, but rest assured that pretty much all of it ends in an explosion.

You will play as the last Ranger of the wasteland, which quite honestly sounds like a shit job considering you’re the last one. You’ve lost it all and now you want to kill anyone and anything, either with a crazy looking weaponry or simply by running them over with a car. All this in order to take the The Authority. There will be upgrades, there will be mutants and there will be Nanotrites.

Sounds like Rage 2 will have everything the first one had, and more. Perhaps even an ending? We’ll see in 2019 when the game launches. Until then, let this trailer massage your brain. Want more? Follow the game on our Rage 2 page. 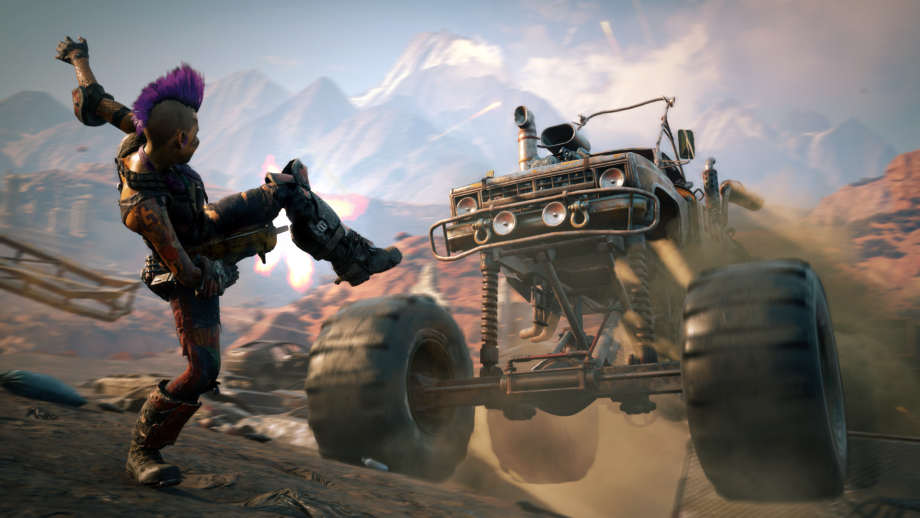 By
Last updated: May 15, 2018
Next story
Shenmue III delayed to 2019
Read more stories
Previous story
Zone of the Enders: The 2nd Runner M∀RS launches September 6 with new modes and features