The very first time you push X to play, you step inside Peter Parker’s and Spider-Man’s well known universe. Against a sunlit New York you throw yourself off a building and zip directly into an adventure that will last you anything from 18 to 30 hours, and – oh boy – is it good!

Insomniac’s Spider-Man is so much more than just a story of a superhero with an obscene amount of costumes; it’s a story about Peter Parker. It’s a story about Mary Jane, about aunt May and so many more. And you might say «yes, of course it is,» but we are talking about stories that have been made to matter, that have weight and meaning. Some of them are made to shine through great voice acting, but it’s extremely hard to overlook the amount of work that has gone into the facial animations. The expressions conveyed almost make you feel that these characters are real people. I especially want to mention Peter Parker in this regard, but it would be stupid to leave anyone out of the equation. 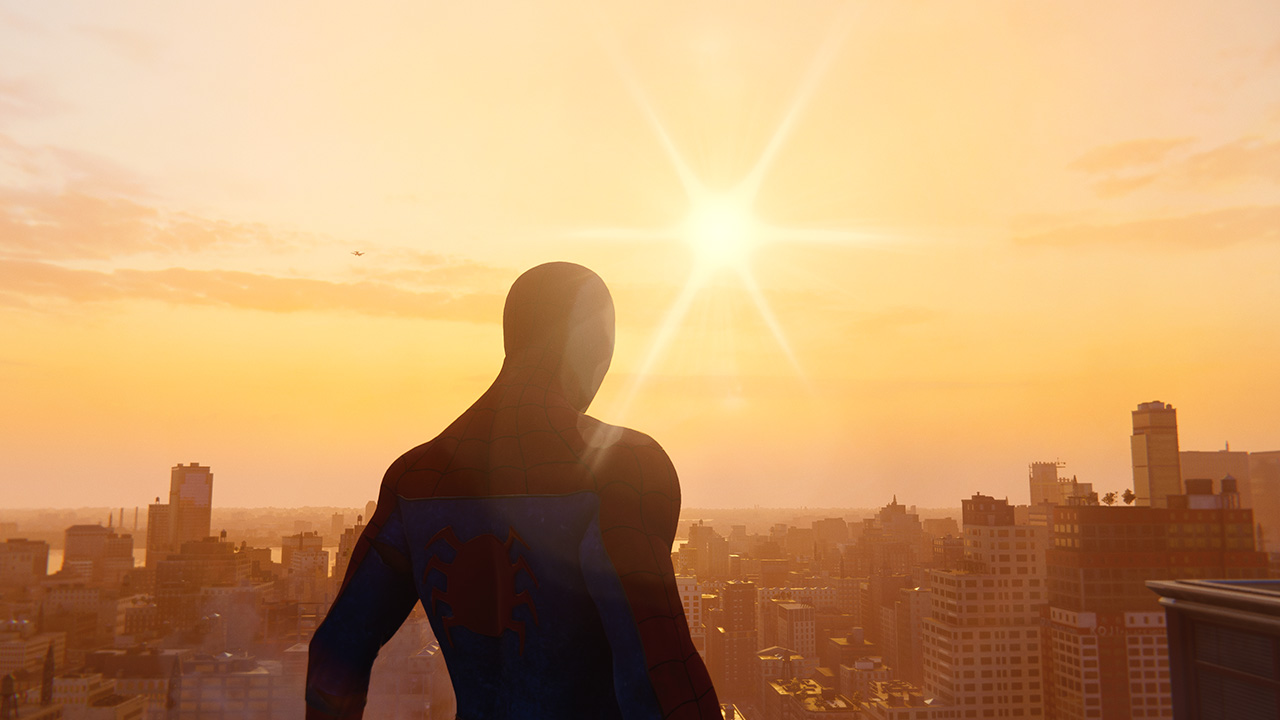 The story starts with Spider-Man finally taking care of The Kingpin, aka Wilson G Fish; one of few that can title themselves the arch-nemesis of Spider-Man – perhaps with the company of The Green Goblin and Venom. However, the incarceration does come with a few side-effects, like leaving the immense vacuum up for grabs. It doesn’t take too long before shit hits the web, and the story kicks off.

New York is laid out before you in a glorious yet slightly condensed fashion, but don’t fret, it’s still huge and sprawling – and it’s made for Spider-Man. The combination of buildings, skyscrapers and narrow alleys merge perfectly with the best web-slinging we’ve seen since Spider-Man 2. There has never been a better or more fun way to traverse an open world like this. While sweeping across the city to your next objective, city crimes, side missions, challenge areneas and photography locations will pop up on the map. There is a steady stream of side content unlocking as you progress through the main story, and although the later ones are similar to previous activities, there is always more to do when you need a break from whatever you ended up getting hooked on. Most of these are combat based, so let me tell you right away that combat is also a blast in Spider-Man. 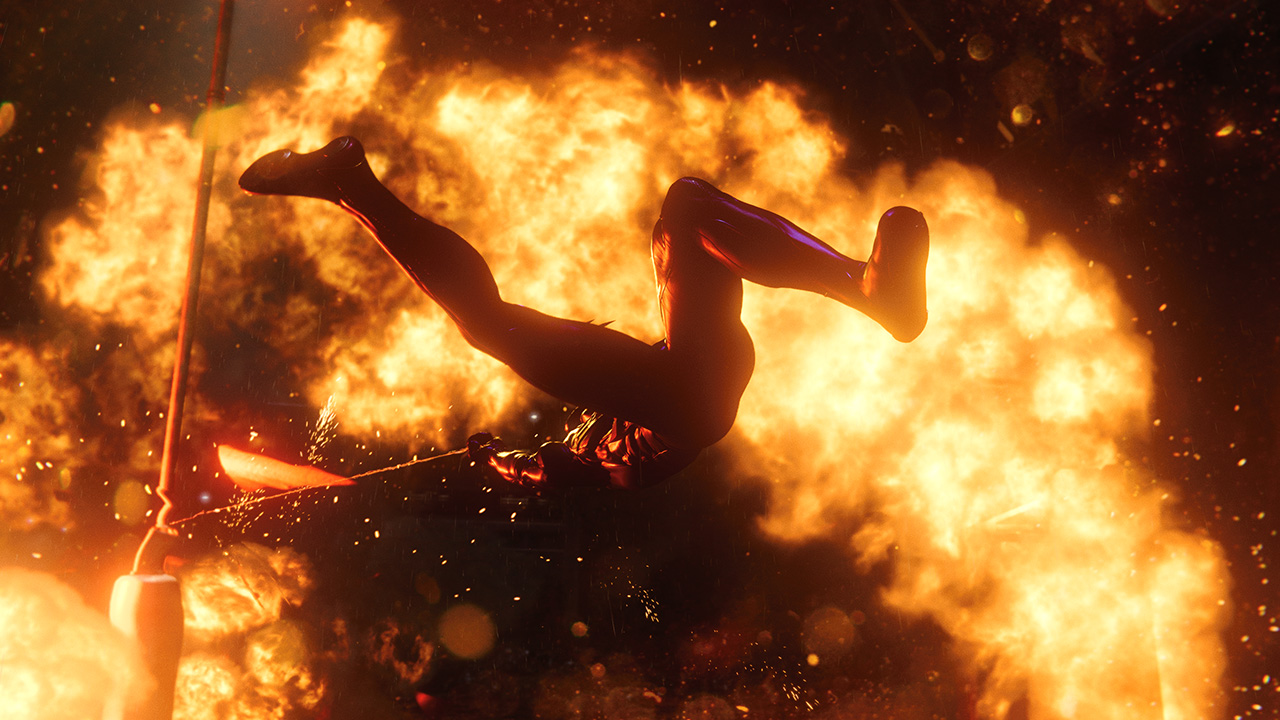 Reminiscent of the Arkham battle system, Spider-Man allows for a much better flow throughout the fights, and the skills and gadgets you unlock along the way stimulate creativity with the end result being that the battles almost never become boring. Almost? It depends if you want to 100% all the districts, if so you have a ton of crime to handle. That particular grind can wear down the fun, so I would suggest you tackle this in a more organic fashion. It’s the enjoyable battle system that keeps the side activities from becoming just a tedious filler, and by truly exploring and exploiting what you have at hand, you can make art out of a few goons. As you progress, new and more challenging enemy types take to the street, and put the things you have learned to the test. The amount of available moves and skills you unlock can become a bit baffling control-wise, but there is a real reward to learning and mastering them; there is even the a possibility for stealth. Just like in the Arkham games, Spidey is a big fan of perching. By scanning the environment the UI will tell you if an enemy is safe to take down, but how you go about it is up to you. This works fine in story missions and open world crimes, but becomes extremely game-y when you try to tackle an arena with stealth, only to have the second wave automatically spot you because yes, it’s a wave based arena and stealthing through six waves would be dumb. I get it, but it doesn’t mean I have to like it. Having a wide variety of villains provides a good source of boss fights, which for the most part are pretty great and hectic, but also saved by the incredibly good combat. What you actually do to win these battles might feel similar overall, but they are freshened up by everything that surrounds them. The way you choose to engage, the swinging (there’s lots of it) and the interactions between characters in and out of combat create some truly memorable moments. It’s almost like watching a really expensive movie at times – and I don’t mean that in a derogatory way like each one is just a bunch of quicktime events, they are not – the mechanics, angles and presentation are all simply stunning.

You might be in it for just the story though, and the story is great. It’s about superheroes and a whole lot of villains, but it’s easily just as much a story about humans. Some might say it’s even more about humans and humanity than anything else. In one moment you’re frantically fighting off two villains at once while debris explodes around you in the most visually and cinematic way you can think of, and in the next moment you’re having a coffee with MJ with subtle eye movements, awkward smiles and sincere conversations. Each character has their own agenda, and you even get to play as some of them, which further fleshes out the story and its stars. Better yet, it all ties up in the end, leaving only small weaves of thread open for the inevitable sequel. I even cried once. The segments in which you control other characters are typically based on stealth, and it’s sort of clunky, but the very generous checkpoint system in both these scenes and the overall game means that the way from failure to completion is pretty short unless you actively decide to not learn from your mistakes. 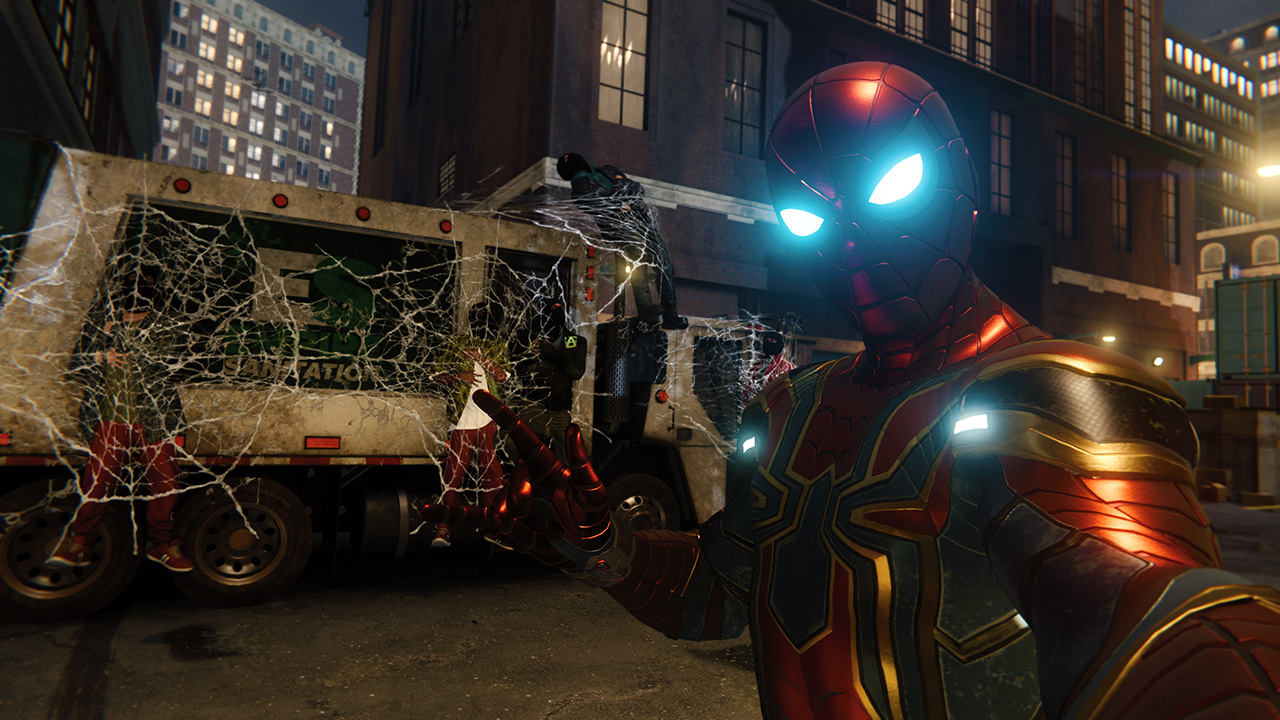 The attention to detail is dumbfounding; from the elegant moveset Spider-Man has while traversing, to the fact that all his dialogue was recorded twice so you get a different take whether you’re swinging about or just waiting it out on a roof. The former sounds hectic and strained, the latter calm. While not a true 3D representation of a room, you can look into every window in every building in the city and peer into one, the bustling streets below have people high-fiving you, and the stores in the city are closed at night and open during the day with different store fronts for each. There is even an in-game Twitter that feels just like Twitter did when it was good. Add in a bunch of easter eggs and a J. Jonah Jameson that may or may not have been hanging out with Alex Jones, and you have an astounding amount of content to devour.

Spider-Man the game is equally as amazing as Spider-Man himself. It’s an upbeat game with Spidey’s quips and attitude perfectly represented, but there is also a lot of darkness to be found. Insomniac Games have mastered these elements and crafted them into the best superhero game in many years.

With a great game comes great responsibility to have fun

This copy was bought by yours sincerely. The game was played through to 100% completion and later platinumed.