Pre-order bonuses and a mightiest edition announced for Marvel’s Avengers, but more importantly, a new trailer

As you might know, Marvel’s Avengers got pushed to September, which is good because it’s the approximate amount of time you’ll need to sort out all of the pre-order bonuses and versions announced today. I’m kidding, it’s not that bad. Yes it is.

Let’s start with the more tactile and impressive thing, which is the Earth’s Mightiest Edition of the game. It does come with the game wrapped in a steel case, so you don’t have to worry about buying a fancy edition that doesn’t include the game itself (I’m looking at you Battlefield 1). You will also get a 12″ highly detailed pvc figure of Captain America, Iron Man’s prototype armor blueprints, a Black Widow belt buckle, a 6″ Hulk bobblehead, a 5″x7″ Avengers group photo, an honorary Avenger Pin and perhaps the crown jewel of this whole thing: A Mjolnir keychain. I’d settle for the keychain alone. Included in the package is 72 hours of early access bad-guy-punchin’.

If you opt in the for deluxe edition instead, you will receive an Obsidian Outfit pack, Obsidian nameplates and again, 72 hours of early access. There are even retail exclusive goodies if you pre-order there, ranging from pin sets, patches, digital comic books to a fancy steelbok designed by Mark Brooks of Marvel fame. 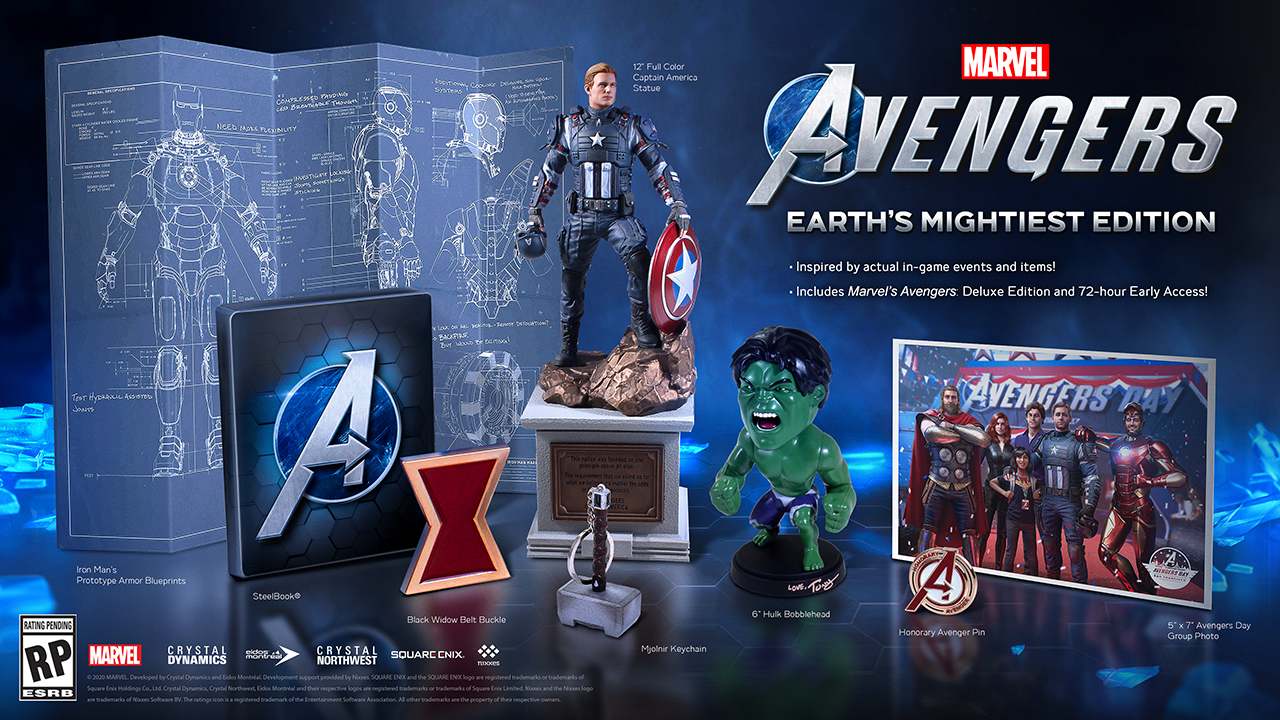 And finally, if you pre-order on the PlayStation store you’ll receive a Ms. Marvel nameplate, 1000 credits for your fancy hats and the aforementioned 72 hours of early access to the game. Regardless of what version you might end up with, they all include beta access, and PS4 owners will even get to join the beta a little bit early.

Now, with that out of the way, let’s take a look at what matters, which is a spanking new trailer. 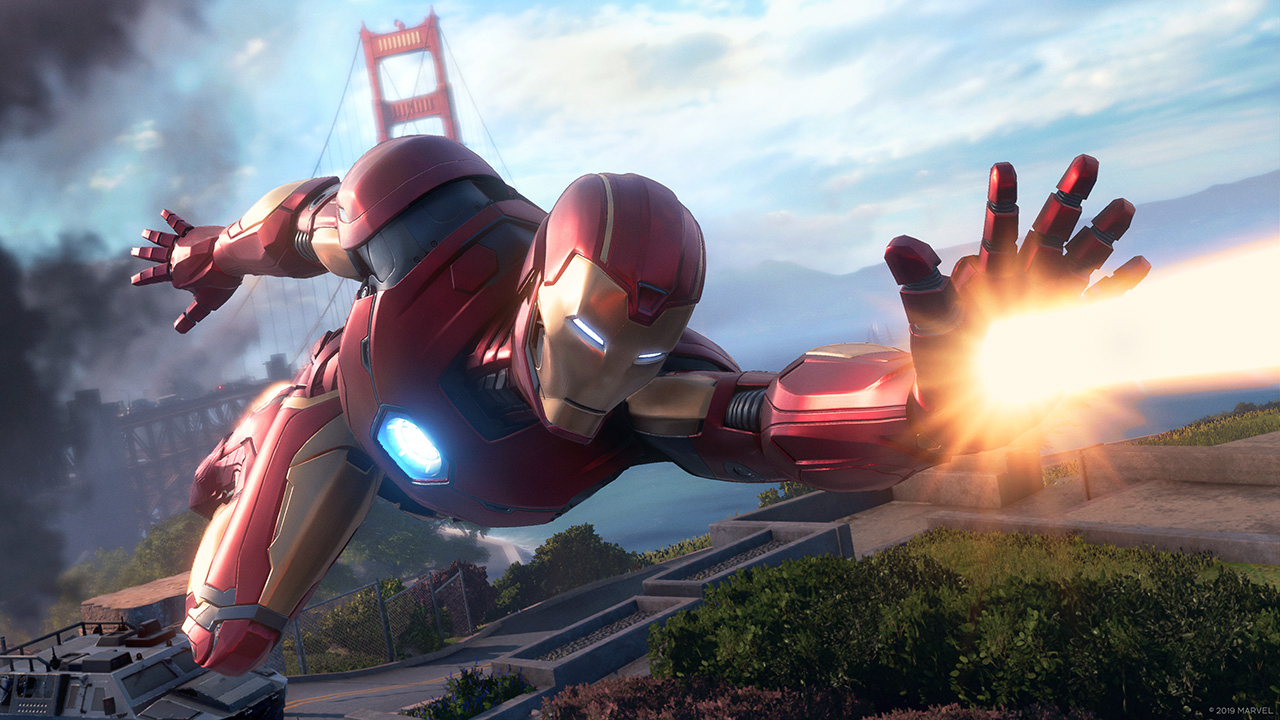 By
Last updated: February 13, 2020
Next story
Noir detective game Backbone announced for PS4 and I can't stop looking at it
Read more stories
Previous story
We Just Played: 7th Sector - in which we're having an electrifying experience