Assassin’s Creed Valhalla starts off in my very own home country of Norway before it all unfolds across the pond in England. Starring Eivor with the gender of your choice, you set out to conquer, raid and survive while trying to make something of yourself and your people.

The game features the aforementioned raids which I assume will look a little bit like the big battles from the previous games, but adds the ability to dual wield as you fight it out like a proper viking. You can go resource hunting in your ship, so expect a fair bit of sailing as well. Your fight is against King Aelfred of Wessex, and let’s just say he’s not a fan.

It will be out this holiday for PlayStation 4 and PlayStation 5. No word yet if Sony will mimic Microsoft’s smart delivery system which means you buy it on one and play it on both. It is being developed by Ubisoft Montreal, but in true Ubisoft fashion I suspect most of their studios have been involved at some point.

Ubisoft sure knows how to make flashy cinematic trailers, and this one is no different. Check it out below while we wait for a glimpse of gameplay in what I suspect is the near future. 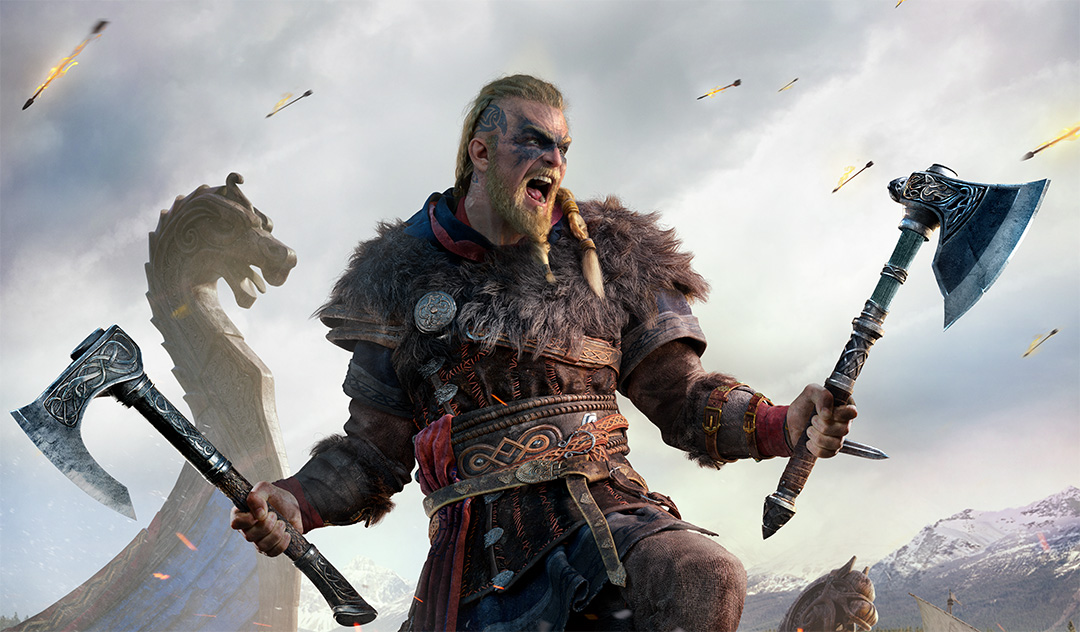 By
Last updated: April 30, 2020
Next story
The new story trailer for The Last of Us Part II leaves hope at the door in favor of darkness
Read more stories
Previous story
Assassin’s Creed Valhalla announced after 8 hour livestream of art in the making