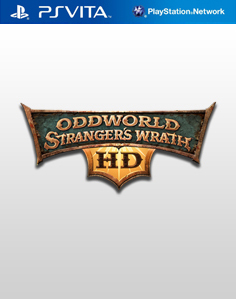 Oddworld just got ... Stranger. In Oddworld Stranger's Wrath Vita, players step into the role of the Stranger, a rough and tumble bounty hunter who tracks down outlaws for moolah. Using a special weapons system that gives a whole new meaning to "live" ammo, players encounter deviant species and hostile challenges along the way. Oddworld Stranger's Wrath Vita combines first and third-person gameplay with familiar Oddworld elements and an all-new engine to deliver a unique gameplay experience.

Originally released in 2005, Stranger's Wrath has been faithful reproduced on PlayStation Vita with a raft of enhancements, including: stunning HD visuals (with improved character models as well as new detail-enhancing effects such as normal mapping and self-shadowing,) re-mastered dialogue and additional bonus material.
Rate it
Platform:

Third-Person Action Adventure
Missing or erroneous information? Shout at us on Twitter.