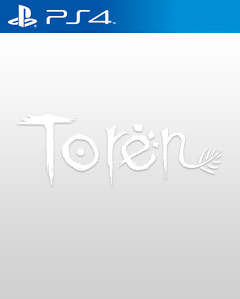 Toren is a puzzle/adventure game with beautiful graphics, innovative and immersive gameplay, which leads the player through an introspective and captivating journey using the most deep concepts.
Built around an epic poem, the game takes the audience in a torrent of discoveries about the greatest myth of all, the meaning of life.
Toren is a game in development, with transformation in mind, using an environment with a constant threat: a relentless enemy. The experience desired for the player is the human struggle against time and mortality.
A game to be experienced, in which the player will grow and change along with the tower and its heroes.
Toren is a Puzzle, Adventure-game for the

developed by Swordtales and published by Versus Evil.
Rate it

Life isn't a matter of milestones, but of moments.

You are born, you live, you die, you start over or you don't. Much like life itself is open to interpretation, so is what happens before and after. I imagine tackling such subjects, particurarly in video game format, is quite a daunting task. That didn't stop Swordtales from giving it a shot. Armed with a poem, the tree of life and a newborn hero, Toren is a story about life, about struggle and about interpretation. Whether they succeeded or not is highly subjective, now more than ever in a game review. Nothing in life is to be feared, it is only to be understood.

It is tempting to just stop there, leave it slightly abstract and just let you experience it for yourself, make up your own mind. But as much as Toren thematically throws itself into the deep end, it is a game built in a world which uses mechanics and features a hero and a villain. The first thing that might hit you is a sense of familiarity as the orchestral soundtrack spins up and introduces you to a world that draws resemblance to that of Ico and Shadow of the Colossus. It is a realm of atmosphere and character, and while it doesn't outshine SOTC, it sticks with it through almost the whole game and also offers you more exotic and daring locations as you ascend the tree of life. The world isn't a graphical showcase, but it's still gorgeous and intriguing. As a third person platformer it lets you jump, slash a sword and interact with objects. This is also where the game falls a bit short. There's a clunkiness to the controls and a slowness to your interactions which I'm not sure is deliberate or not. This is much more noticeable in moments where timing is of the essence which makes it frustrating. The narrative is told through an incomprehensible language (much like Shadow of the Colossus) and by text that shows up in your dreams. It's mystical and odd, but goes well within the context of the game. Life is a succession of moments, to live each one is to succeed.

So is it a good game? It is, but it's not amazing. Toren dares to approach a subject we rarely see in games, but I don't think it quite fulfills its intentions. It left me reflecting on it, but it didn't hit me as hard as, say, Journey did. The reason I compare the two has a lot to do with themes, but also that they are both 2-3 hour experiences. I was also slightly bothered by the mechanics. As a way to get through the game, they were not optimal and they did occasionally snap me out of the moment, which is unfortunate. I still recommend it though. It's an interesting topic to deal with in a game and despite my complaints it plays just fine. More important, it makes me very curious about other people's take on it, which is a compliment.

An admirable attempt to dwell into the meaning of life

By Bård A. Johnsen
More from Swordtales
You might also enjoy