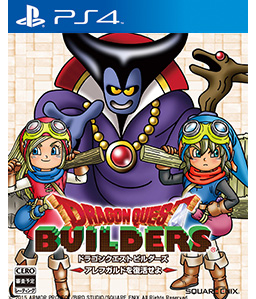 The game is set in Alefgard, the world of the original Dragon Quest. The game is based on a parallel ending of Dragon Quest: before the final battle, the hero accepted the evil Dragonlord's suggestion - each rules a half of the world. But that's indeed a trap, and the hero was eliminated, then the world was dominated by monsters. With time passing by, a new hero appears to revive the desolate world. Players gather "material" all over the world in order to rebuild the land of Alefgard from scratch.
Dragon Quest Builders is a Adventure-game for the