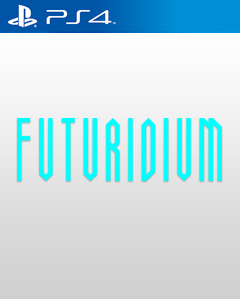 Futuridium EP for PS4 is a retro fast paced shoot’em up with a modern twist, 3D graphic and an original soundtrack. You are a lone starship pilot who gets lost in a dimensional loop just before a big space battle. With a limited and constantly depleting energy bar, your only hope is to fly as fast as possible over enormous space dreadnoughts and destroy power cubes to replenish your energy tank and reveal the dreadnought’s power core, which must be destroyed to move on to the next ship. You have no power-ups and limited control over your speed, so you can only count on your reflexes, your dual lasers, the nimbleness of your starship, and the ability to turn 180° on the spot -- an essential technique when navigating the dreadnoughts’ intricate passages.
Rate it
Platform:

Shoot 'em up
Missing or erroneous information? Shout at us on Twitter.