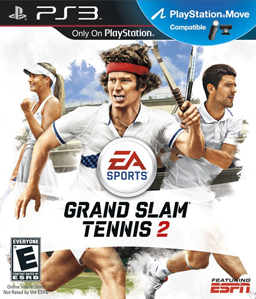 EA SPORTS Grand Slam Tennis 2 is the ulitmate tennis experience, featuring all four Grand Slam championships and Wimbledon. Players can experience the thrill of serving up aces on Wimbledon's prestigious Centre Court, hitting cross-court winners on the clay courts of the French Open, play under the bright lights at the U.S. Open or work on your serve and volley game at the Australian Open.
Rate it
Platform:

Sports
Missing or erroneous information? Shout at us on Twitter.