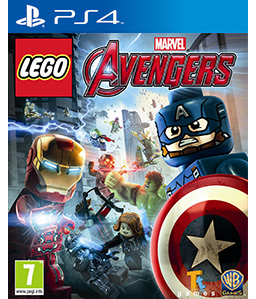 Avengers Assemble! LEGO Marvel Avengers for PS4 features characters and storylines from the blockbuster film Marvel’s The Avengers, the sequel Marvel’s Avengers: Age of Ultron, and more. Play as the most powerful Super Heroes in their quest to save humanity.
Rate it
Platform:

Lego Action
Missing or erroneous information? Shout at us on Twitter.