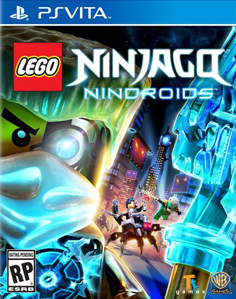 In LEGO Battles: Ninjago, players will build an army and use Ninja fighting skills to overcome sinister Skeleton adversaries in the ultimate 1-2 player strategy action adventure.

LEGO Battles: Ninjago introduces gamers to the powerful, tornado-fueled art of Spinjitzu - a fighting technique where the player uses turbulent spinning to overcome adversaries in one fell swoop.

Enter a world where Ninjas face-off against evil Skeletons Forces to recover powerful Ninja weapons in order to restore harmony to the Earth. Along the way, gamers will encounter dragons, warriors and larger than life battles as they build armies and deploy troops on exciting missions. Who’s up for the battle?
LEGO Ninjago: Nindroids is a Brawler-game for the

developed by Hellbent Games and published by Warner Bros. Interactive.
Rate it