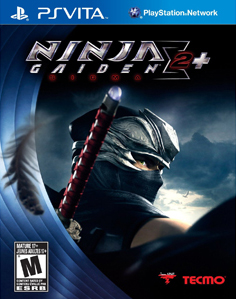 The sequel to the blockbuster action game by Tecmo's heralded Team Ninja. Gamers must guide Ryu Hayabusa on a mission to avenge his clan and prevent the destruction of the human race. Armed with an assortment of ninja weaponry, players must help Ryu skillfully maneuver through a world fraught with peril and danger. Running on an entirely new gameplay engine, Ninja Gaiden Sigma 2 Plus for VIta evolves the action in the sequel with an auto-generation health system, new enemies and locales, and thrilling combat built upon an extensive assortment of ninja weaponry. This is the Vita version of Ninja Gaiden Sigma 2.
Rate it
Platform:

Action Third-Person
Missing or erroneous information? Shout at us on Twitter.