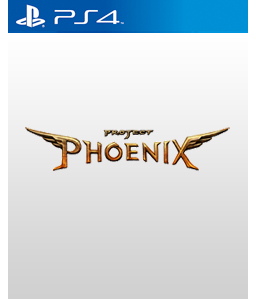 Project Phoenix is a JRPG with a squad based RTS game design, brought to you by veteran developers and creators from the East and West. Project Phoenix is a fantasy themed squad-based real-time strategy game combined with Japanese RPG design influences. The game draws you in with its breathtaking fantasy world, deep storyline, Japanese character designs, and a memorable cast, most notably, the band of heroes under your command. Furthermore, its intuitive real-time tactical combat is dynamic, fluid, and streamlined, allowing you to experience the strategic options without being bogged down by overwhelming archaic battle systems. Throughout the adventure, players will piece together the mysteries of an angel with amnesia and travel through the land of Azuregard with an unusual band of heroes searching for answers.
Project Phoenix is a Role-playing game-game for the

Project Phoenix - Explaining the use of terrain in combat
Published: January 30, 2015
Duration: 04:41
More from Creative Intellig...
You might also enjoy