Greasy fields
Once upon a time someone thought that footballs should be kicked around by cars, not people. And just like that Psyonix created Supersonic Acrobatic Rocket-Powered Battle-Cars back in 2008. Now they are back with a name that rolls off the tongue a bit more elegantly: Rocket League. 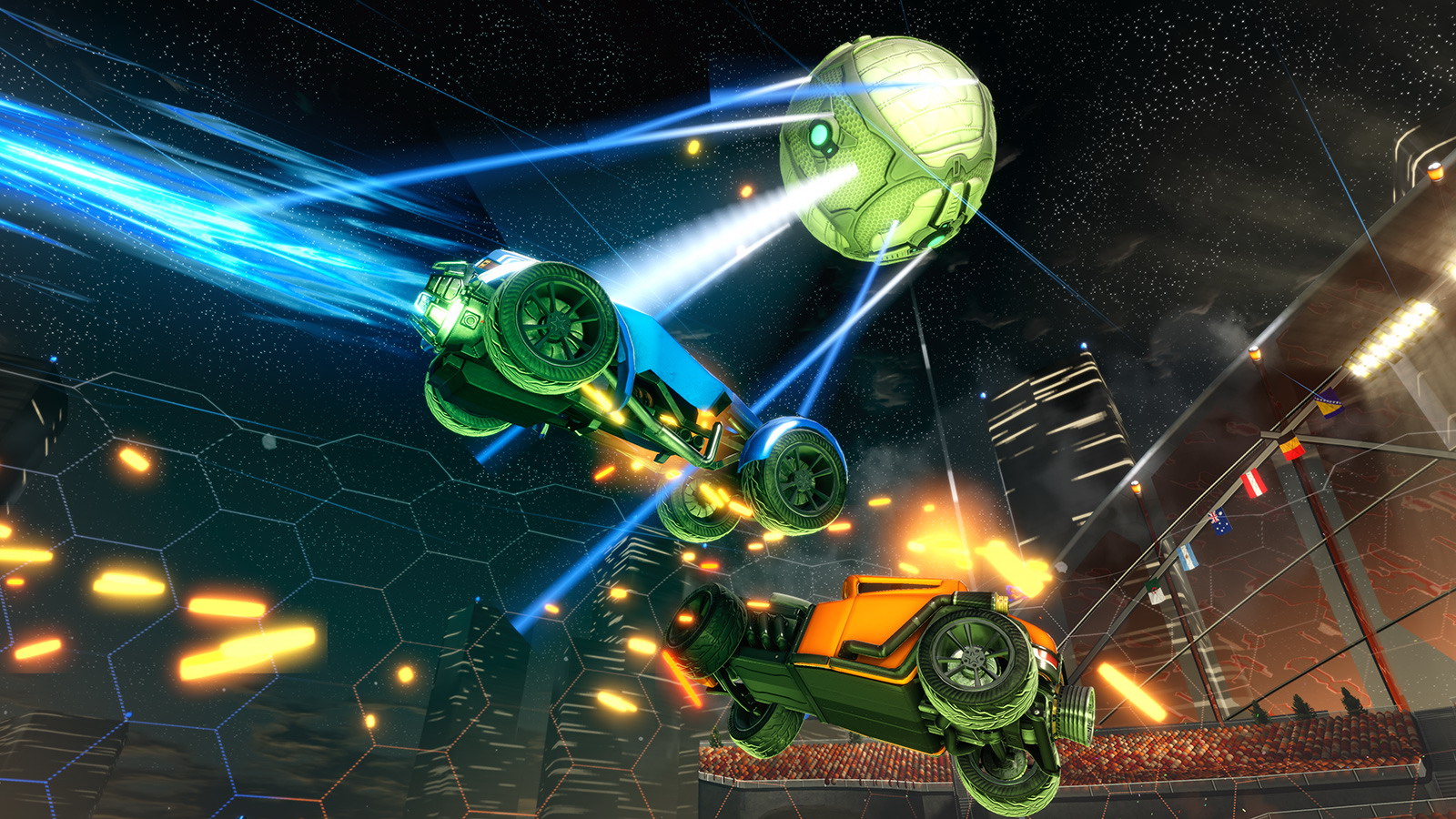 The game returns to its original formula: You have cars, a big football and two goals in which to put said football. It might sound simple, but that’s also key to why this works so well. Each round is 5 minutes, but including pauses when someone scores or the extra rounds due to a tie, you’ll be spending anywhere between 5 and 15 minutes per round. It’s a seemingly perfect number that makes sure a round is never too short and never goes on long enough to become boring. Stripped are the rules that govern the original sport as well. There’s no offside and no judge to angrily wave a red card when you’ve just boosted into a competitor and everything blew up. The dome shaped arena keeps the ball from going out of bounds, preventing the action from ever stopping thus resulting in an intense uninterrupted struggle to keep the ball on the right side of the court and ultimately score.

Perdy cars
Rocket League also comes with tons of customization. These are purely cosmetic and will unlock as you play. If you’re into hats, wheels, new cars, decals and fancy antennas, this is your game. Some of these are nods to other games, so here’s your chance to pledge your allegiance if you feel like it. 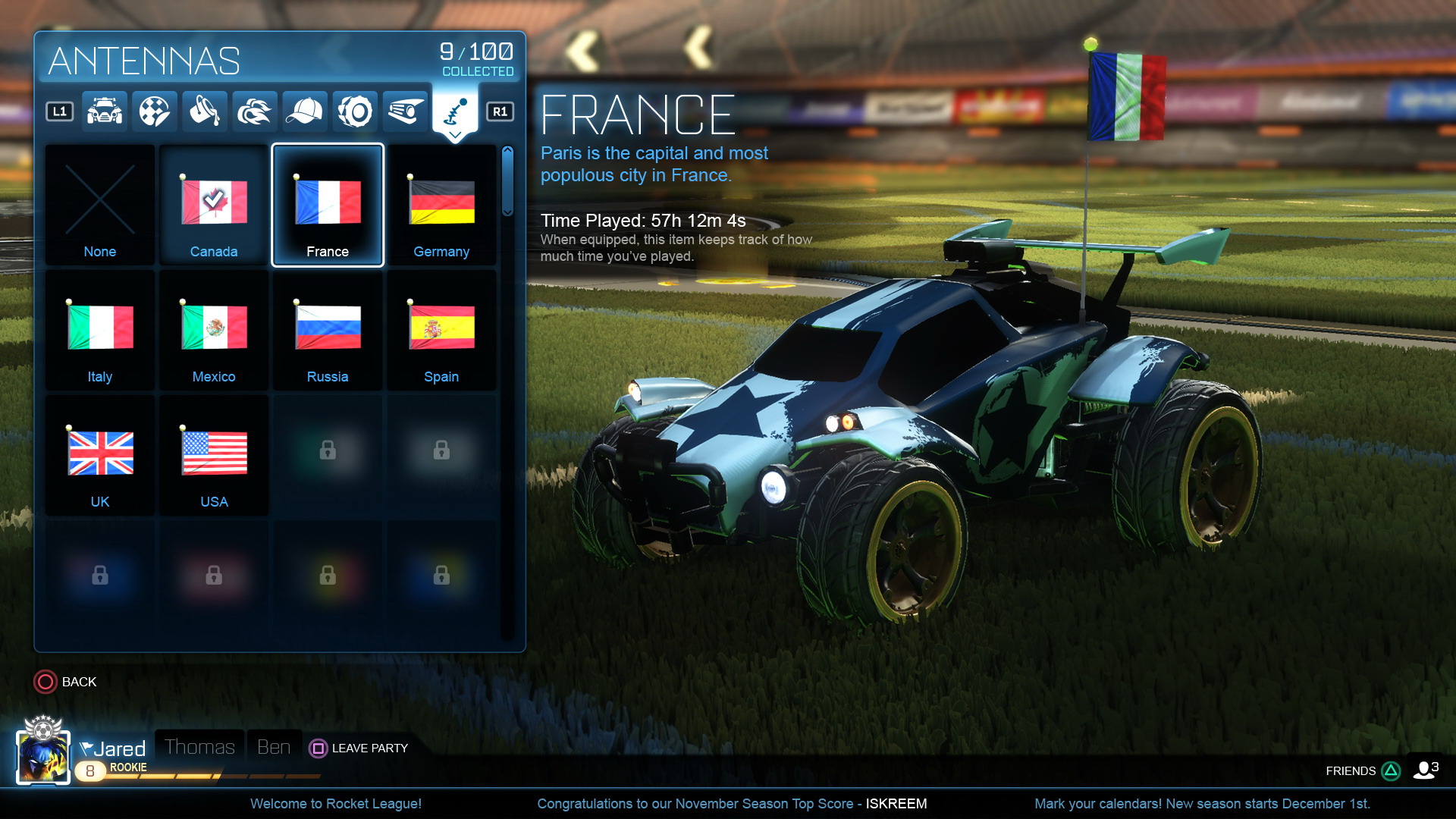 Vroom vroom
Just like the customization is cosmetic, there are no advantages to gain other than boost which everyone has and which is picked up on the field. There are no weapons, no super-boost, nothing to put you ahead of anyone else. This puts every car, whether it’s a 1vs1, 3vs3 or 1vs4 match, on an even playing field. All you have to focus on is driving the car in a direction that makes sense to you and maybe try to score every once in a while. There are more advanced ways to control your car, but it’s up to you to practice and get good at them. Back- and side flips are great, almost essential to learn, and conquering the art of aerial hits can potentially make you a god. But the important thing is that anyone can pick up a controller and play this. The simplistic nature of Rocket League is very welcoming. 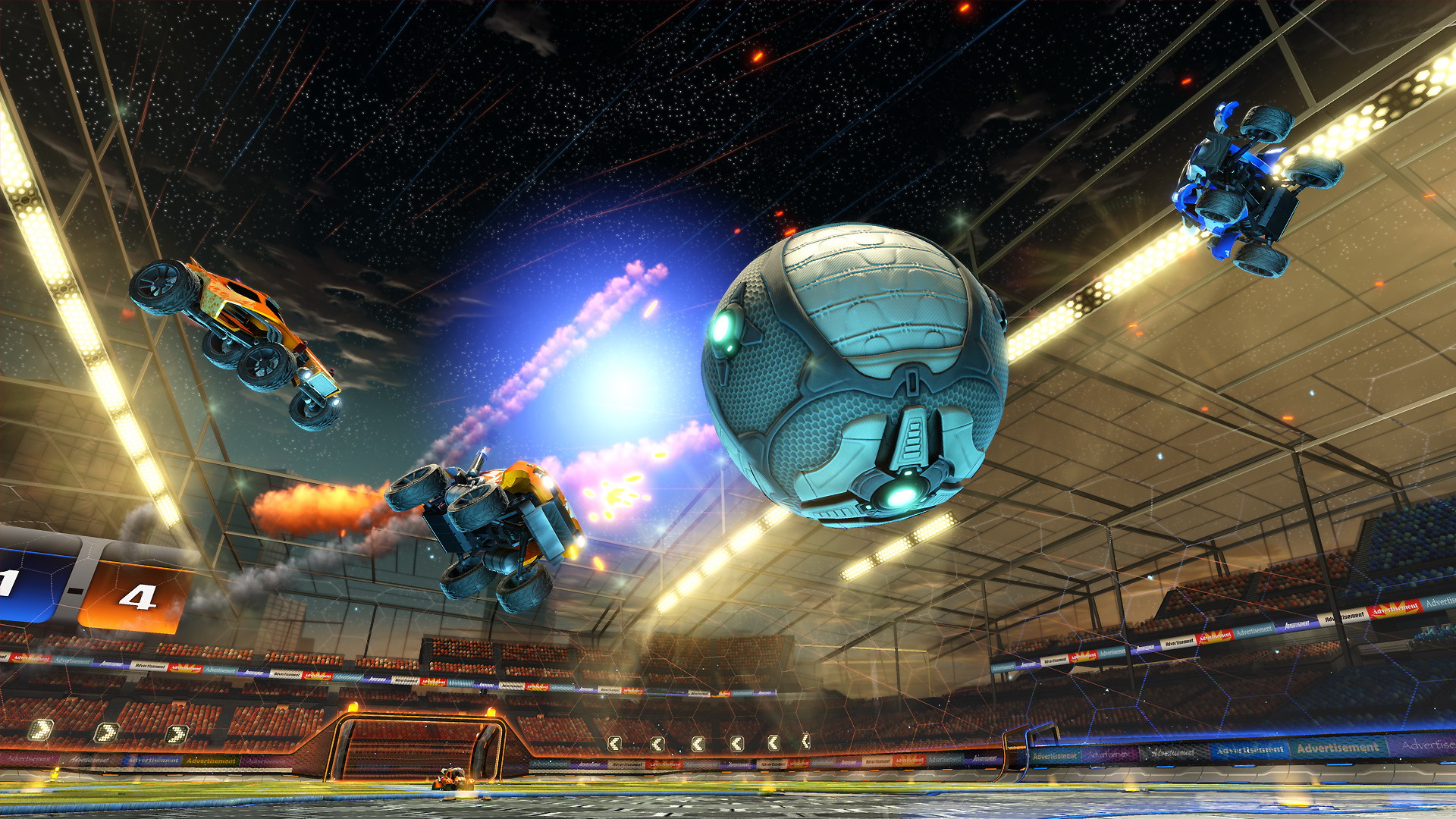 The verdict
With Rocket League they haven’t just dusted off SARPB and pushed it to the PS4, they’ve gone the full mile to make a game that is not only polished to damn near perfection, but highly addictive too. It is also a game that is super fun to spectate, and as a result has already found its way into the e-sports arenas of the world.

A ton of fun and highly addictive. Please replace soccer with this.