If you’re thinking Riders Republic will channel the serenity of snowy slopes wrapped in a vale of solitude just like Steep did, you might be in for a surprise. This is more along the lines of spring break celebrated during the age of Motorstorm, but with more choices like wingsuits, cycling, skiing, snowboards and … rocket-propelled wingsuits.

The action of Riders Republic takes plays in several famous locations like Yosemite Valley and Grand Teton among others across several multiplayer modes. You can choose to embark on races and trick runs by your very own self if you’re so inclined, but these can also be played in pvp and co-op. Want to start out with 50+ other players in what must resemble Fall Guys with a vehicle? Absolutely possible. There are also modes for 6v6 team matchups and online cups if you’re the kind of person who enjoys ranking up. If you’re into dressing up your avatar, expect a lot of options for just that.

The game will be released on current- and nextgen consoles, and that comes with benefits and disadvantages. Current gen will only show max 20 players on the screen at any given time and most likely 30 fps, while the upcoming PlayStation 5 will be able to give you more than 50 players to potentially crash violently into, and that at 60 fps.

It will be out on February 25th next year. Below is a cinematic trailer, but please drop by the game page for gameplay and screenshots. 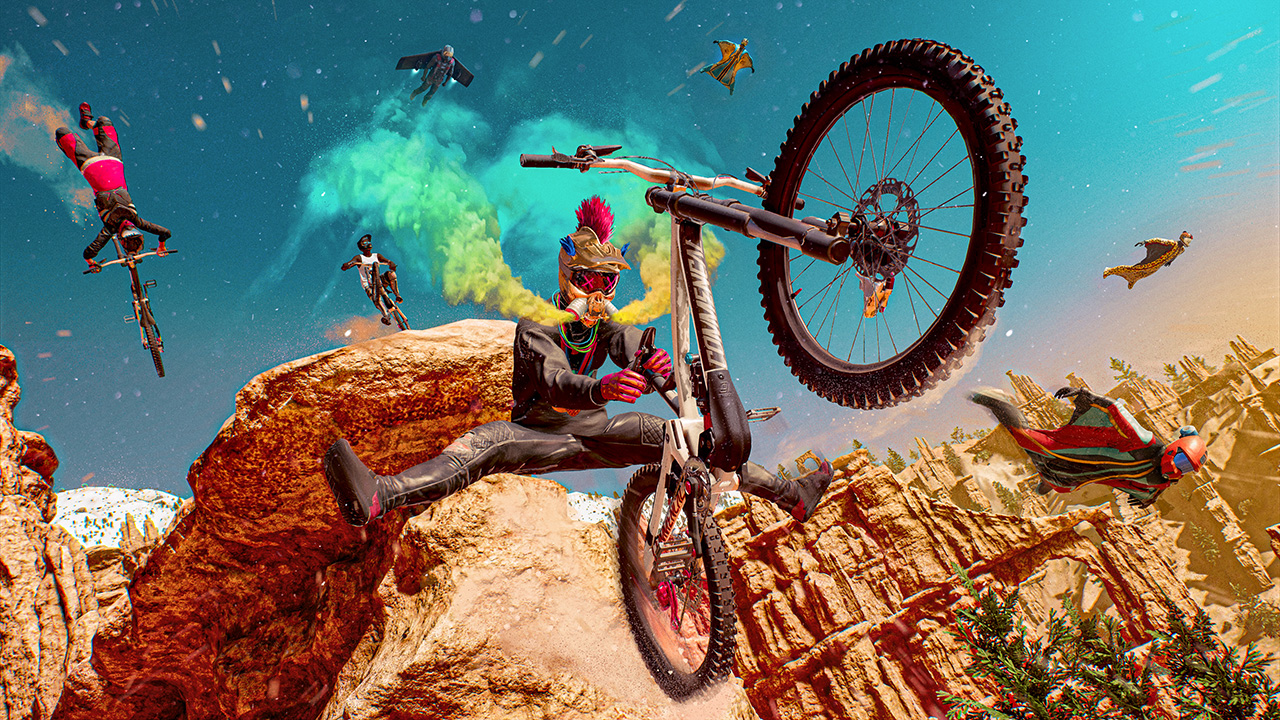 By
Last updated: September 10, 2020
Next story
Prince of Persia: The Sands of Time is getting a remake
Read more stories
Previous story
Spiritual successor to Hexen 2, Graven announced for PS4 and PS5