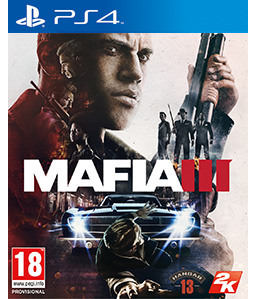 Mafia III follows the story of Lincoln Clay, a disenfranchised Vietnam veteran, returning from combat and looking for a home and a place to belong. Orphaned as a child, Lincoln at last achieves a semblance of family with the city’s black mob, finding the surrogate father and brother he has longed for. But when Lincoln’s new family is betrayed and slaughtered by the Italian mob, he becomes fixated on revenge and wages a brutal war against the Italians, disrupting the balance of power in the seedy underworld of New Orleans. As the story progresses, Lincoln allies himself with other criminals and builds an empire and a new family of his own that transforms the city.
Mafia 3 is a Action-game for the

developed by Hangar 13 and published by 2K Games.
Rate it